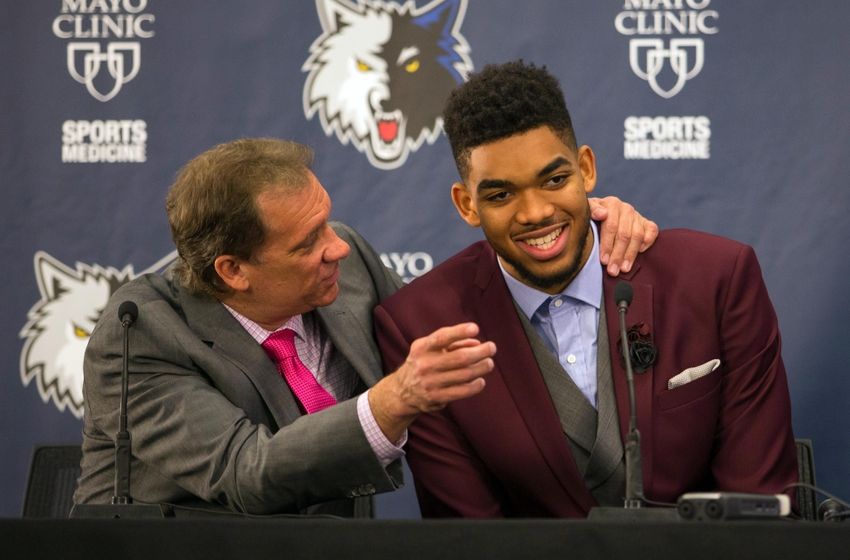 This is not an obituary, just ask my brother because I planned to write this in July. I even imagined how I would email Flip Saunders and maybe get a response back from the legendary coach. Shock and sadness were only a few of the emotions I felt as I read the news of Flip’s passing on Sunday afternoon. No, I wasn’t lucky enough to know Saunders personally but I’ve always admired his knowledge of basketball from afar.

The numbers speak for themselves. Saunders won over 1000 games in his 35 year coaching career. With a young Kevin Garnett, he took the Minnesota Timberwolves to the playoffs for eight straight seasons. Flip then went to the Detroit Pistons in 2005 and led that team to the conference finals in each of his three seasons with a .715 winning percentage. It’s no coincidence that both Minnesota and Detroit have never once made the playoffs since Saunders was last their head coach.

Even with all those accolades, Flip Saunders’ best work might be his tenure as President of Basketball Operations. Flip was able to flip an unhappy Kevin Love into Andrew Wiggins, the most hyped #1 pick since LeBron James. The third wheel on the Cavs essentially netted the Timberwolves their cornerstone for the future. The reigning Rookie of the Year has all the athleticism and potential in the world to breakout similarly to Paul George and become a superstar in the not too distant future. Flip wasn’t done there! He kept adding to arguably the best accumulation of young talent on any NBA roster.

Saunders was the first to give Shabazz Muhammad, a talented scorer out of UCLA who fell in the draft, an actual opportunity to earn NBA minutes. Fans learned the name Zach LaVine as his athleticism bounced off the walls in last year’s Slam Dunk Contest. Gorgui Dieng and Adreian Payne are also both front court players who possess the talent to be capable NBA starters. But Flip’s signature move last year may just have been bringing Kevin Garnett back to Minnesota in exchange for then free-agent to be Thaddeus Young. There was no science or analytics behind this decision, instead just a wise move to invest in Wiggins and the rest of the Wolves’ young and capable core. Saunders always had great respect for Minnesota’s greatest player in franchise history, saying “Outside of my mother and father, I learned more from [KG] on how to carry yourself, how to be a professional and how to be disciplined in life.” Garnett’s impact on Wiggins and now Towns cannot be quantified. The two year extension given to KG was a brilliant move by Saunders to ensure his young nucleus would be under the watchful eyes of Garnett and that soon enough, his work ethic will rub off on them.

The final pieces of Flip’s puzzle are also likely to have the most profound impact on the Timberwolves future. Unlike the Knicks who won their last few games last season, the Wolves made sure that their odds for the #1 pick in the draft were not compromised. After winning the lottery, Flip Saunders knew the history of the Timberwolves would be changed forever. While some didn’t understand why Saunders was heavily considering Jahlil Okafor, he went through the same process I did at the time when scouting the talented 2015 class. After all, t’s hard not to fall in love with Okafor’s game since you don’t see teenagers that safe and that skilled very often. Ultimately it’s very hard not to like Karl-Anthony Towns as well. His high ceiling and character were perfect and natural enough a fit with Andrew Wiggins as his running mate.Two words describe Towns perfectly: unselfish and winner, both qualities Flip Saunders would admire. I also won’t forget to mention the Wolves drafting Minnesota native, Tyus Jones. Jones may still be a few years from significantly contributing to the league, but his intelligence and veteran poise was on full display as he and Jahlil Okafor led Duke to a national championship.

Michael Lee, in this beautiful piece, wrote about Flip Saunders’ uncanny ability to make you believe no matter how crazy the proposition. This was no accident as he needed that quality in order to unite 15 men every time he went to battle in the National Basketball Association. While Flip won’t be physically around to see it, his Timberwolves are reminiscent of the young Oklahoma City Thunder teams who serve as the model for any rebuilding team. Minnesota has its “Durant-Westbrook” dynamic duo in Andrew Wiggins and Karl-Anthony Towns, two players who I envision becoming top ten players in the game. Like Oklahoma City, Minnesota will get its version of James Harden this year in the 2016 NBA Draft (Hello Ben Simmons?) Flip Saunders has done the hard part, laying the foundation for a Minnesota Timberwolves team that will undoubtedly find success in the playoffs for the first time since 2004. In fact, I guarantee you that the Timberwolves will be playing in the Conference Finals and fighting in the NBA Finals within the next five years. Don’t believe me? Believe Flip.

Sometimes it’s difficult in sports to realize that the players are playing and the fans are watching a kid’s game. In the game of life is where Flip Saunders excelled the most. The outpouring of support, tweets from Andray Blatche to John Wall and Stephon Marbury are just a few examples of how many lives Flip touched, win or lose. You could feel the sorrow in Kevin Garnett’s own tribute to Saunders as he sat in his former coach’s parking spot. “What we have here is a family, and we lost our dad yesterday,” point guard Ricky Rubio said after Monday’s practice.

Flip Saunders put his stamp on the organization – from his coaches, players, to its general manager. “We’re hurting. We lost our point guard. We lost the person who runs this whole machine,” Towns said. The high character guys in the Timberwolves organization like Andrew Wiggins, Karl-Anthony Towns, and Milt Newton were all handpicked by Flip and each stand for the values he stood for.

Most importantly, Saunders was a son, husband, and father. He leaves behind his wife, Debbie and his children: Ryan, Kim, Rachel, and Mindy. Perhaps Flip’s biggest tenet can be said best by Flip Saunders:

The outpouring of support today has been overwhelming, has truly reminded me that the goodness of people should never be questioned.